A stronger liver for a healthier life!

The liver is a large, meaty organ that sits on the right side of the belly. The liver has a wide range of functions, including detoxification of various metabolites, protein synthesis and the production of biochemicals which are necessary for digestion. It also plays a role in metabolism, regulation of glycogen storage, decomposition of red blood cells  and hormone production. Nowadays, lifestyle plays a very important role to our health. Now you should ask yourself these few common questions: Do you smoke? Often go to bed late? Are you a heavy drinker?

HMS L-Guardz is formulated with natural herbs traditionally used in hepatoprotective preparations to promote healthy liver function, acts as powerful liver tonic to help and support your liver! It is a unique combination of 6 essential herbal extracts such as milk thistle, dandelion powder, artichoke, burdock, Phyllanthus niruri and celery seed extract to support the body’s biochemical process and encourage optimal liver health. HMS L-Guardz is distinguished by its exceptional grade and purity of ingredients. These herbs complement each other in a very potent formulation with the following actions: choleretic (helps to increase the volume of secretion of bile), cholagogue（promotes the discharge of bile）, hepatoprotection, liver toning and mild laxative (aperient) effect.

♦ A comprehensive 21st century 6 in1 formula for liver health

♦ The herbs complement each other in a very potent formulation with choleretic, cholagogue, hepatoprotective and liver toning actions.

♦ Helps to combat Hepatitis B & C

♦ Acts as a laxative/ diuretic

Who should consume HMS L-Guardz :

Phyllanthus niruri is an important medicinal plant which has hepatoprotective effect and is widely used for the treatment of hepatic diseases. The primary compounds which responsible for hepatoprotective properties of P. niruri are lignans for example phyllanthin (bitter), hypophyllanthin (non-bitter), niranthin, nirtetralin and phyltetralin.

Cyanaroside, cynarin, and cynarine in artichoke leaves extract are the bitter principles responsible for liver protective properties. They increase bile flow and assist with liver regeneration.

-Artichoke leaves is used as a choleretic for its lipid lowering, hepato and appetite stimulating actions.

-Artichoke leaves stimulate digestive secretions, especially bile and are used for the treatment of digestive and gall blabber problems.

-Artichokes assist in digestion of fats.

Dandelion root is extremely bitter. In herbal medicine it was traditionally used for hepatitis, jaundice, gallbladder infections and for helping to dissolve gallstones.

Celery seed contains a lot nutrient as well as substances such as flavonoids, linoleic acid, coumarins and several volatile oils. Because of the presence of the above named components, celery seeds are helpful in curing many diseases.

Celery seed is used in Indian systems of medicine for the treatment of liver ailments. Significant hepatoprotective activity of celery seed extract was reported in a study on rat liver damage induced by paracetamol. It protects as well as reverses the bad effects of acetaminophen on the liver, which is an analgesic. Having celery seeds everyday balances the harmful effect on the liver.

Adult: Take 1 vegecap, 1-3 times daily after meal or as recommended by a doctor or pharmacist.

Those who are allergic to any ingredients in HMS L-Guardz should not consume it. Consult a healthcare provider prior to use if pregnant, nursing, on medications or are planning a medical procedure. Stop using and contact a physician if adverse reactions occur.

1.Why taking HMS L-Guardz after meal?

It is recommended to take the product after meal to prevent adverse gastric reactions and to maximize assimilation of the herb materials due to higher activity of the digestive system for an hour or more after meal.

Thus, taking the herbs after meal increases safety and efficacy of the product even for individual with weak digestive action or a sensitive digestive system. 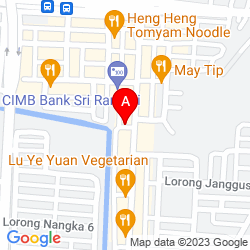